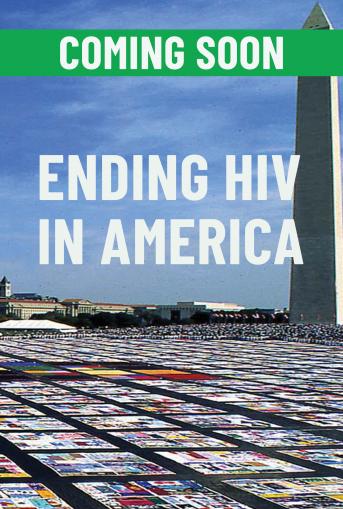 Over the course of four decades, HIV has left a trail of death across the globe, and yet a series of surprising breakthroughs have led us to the brink of the unthinkable: the end of HIV in America. This film tells the story of this remarkable scientific success and weaves it together with a portrait of two American cities, San Francisco and Birmingham, whose residents still struggle with the disease.

HIV/AIDS emerged as a mysterious plague that was invariably fatal and left its victims as pariahs. Mutating faster than any known virus or life form, it seemed at first impervious to medical treatment and vaccines. And yet the unprecedented global scientific enterprise that emerged to fight it gradually unraveled most of the virus’ secrets. The resulting breakthroughs have turned the disease, for many, into a chronic and manageable condition.

The use of antiviral therapy to prevent transmission, initially seen as a desperate fallback plan, has proven more than 99 percent effective, and led many to believe that the epidemic can be ended even without an effective vaccine. “I am very hopeful now that we have the tools to see the end of all new HIV infections, the end of AIDS deaths, and the end of AIDS stigma,” says Dr. Monica Gandhi, the medical director of Ward 86, the country’s oldest HIV/AIDS clinic at UC San Francisco. Building on this success the U.S. government has set a goal of reducing new infections another 90% by the year 2030.

As with any disease, the final cases are the hardest to stamp out, but the so-called last mile looks different in different parts of the country. San Francisco was the first city in the world to push for full eradication, rolling out its plan in 2013. By focusing on its most vulnerable residents - often homeless, or people who inject drugs, or marginalized sex workers - San Francisco managed to cut new infections by 75%, even as the COVID pandemic brought new challenges. We meet health workers bringing medical care to the streets and running clinics that deliver not just HIV care, but other services tailored to the city’s trans community. We also meet HIV-positive activists like Cecilia Chung, who have lived through the pandemic’s different eras.

In Birmingham, Alabama, the last mile feels a lot longer. Most residents are unable to afford the highly effective preventative treatment known as PrEP, because the state doesn’t provide the same level of support as we see in San Francisco. The film follows a core group of figures at the 1917 Clinic, run by the University of Alabama at Birmingham, helping patients to navigate their challenges. Among this group are chaplain Chris Hamlin, formerly pastor at the city’s historic 16th Street Baptist Church, and Tommy Williams, who connects clients with the clinic’s services. Williams, who is HIV-positive, shares a special bond with many patients, and his tireless efforts to combat the stigma surrounding HIV are a central focus of the film. “There are times when I visit a patient’s bedside and me disclosing changes everything. Like, something grows. Something beautiful grows,” says Williams.

With unforgettable characters and interviews with pioneers of HIV science - Drs. Michael Saag, Lawrence Corey, John Mascola, Monica Gandhi and Myron Cohen - ENDING HIV IN AMERICA is a story of struggle and triumph, showing how the fight against HIV re-shaped the world of science and medicine, as it now tackles the challenge of getting medical treatments to the people who need them most.

NOVA “ENDING HIV IN AMERICA” EXAMINES THE REMARKABLE PROGRESS SCIENCE HAS MADE AGAINST HIV AND HOW CLOSE WE MAY BE TO ENDING THE AIDS EPIDEMIC IN THE U.S.

Premieres Wednesday, September 21, 2022 at 9pm ET/8C on PBS: New film from NOVA, Global Health Reporting Center, and HHMI Tangled Bank Studios reveals how scientists and affected communities are partnering to deliver new advances to those still struggling on the front lines of the crisis

HIV documentary to focus on clinic in Birmingham

The documentary, Ending HIV in America focuses on the scientific advances since AIDS and HIV emerged 40 years ago. The film was produced by NOVA, Global Health Reporting Center and HHMI Tangled Bank Studios.

This compelling documentary, which premieres on PBS stations nationwide Wednesday Sept. 21, spotlights the scientific innovations and dynamic community-led responses, from San Francisco to Birmingham, Ala., that have come together to tackle one of the most elusive deadly viruses ever to infect humans.