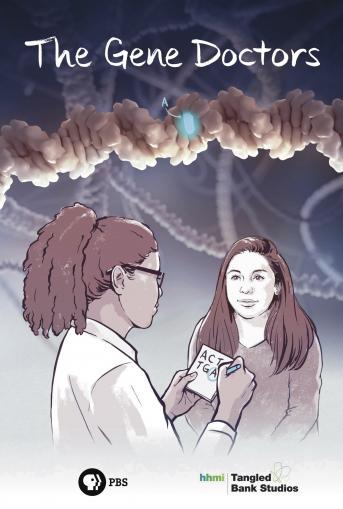 In 2011, 27-year-old Sonia Vallabh learned the results of a genetic test. She carries a mutation for a rare brain disease. Barring a medical break­through, she is destined to develop dementia and die in her 50s. Her fate hinges on a single change among three billion DNA bases in her genome. It seemed incredible, Sonia says, “that this one change could be so dangerous.”

For most of the history of medicine, all that doctors could do—if they could do anything at all—was to treat symptoms. But now, an elite cadre of pioneers—call them gene doctors—is devising treatments that for the first time target the root causes of genetic illnesses.

With privileged and intimate access to doctors and patients at the frontlines of genetic medicine, THE GENE DOCTORS captures a new world of treatments at a remarkable moment.

But the path to genetic medicine has not been easy. A wave of optimism starting in the 1980s promised that cures were right around the corner. But these hopes were dashed by the 1999 death of a teenager in an early gene therapy trial. The field is only now recovering.

We'll meet a girl who is saved from blindness by an experimental treatment that in 2017 became the first approved gene therapy in the U.S.

We follow the story of two brothers with muscular dystrophy whose decline has been arrested thanks to a new drug granted accelerated approval by the FDA in September 2016.

And we’ll get to know a girl with cystic fibrosis who was spared the ordeal of a lung transplant thanks to an entirely new kind of drug that targets the molecular flaw that causes her disease.

But all of these treatments are just a first wave. A revolutionary new technology called CRISPR promises to enable physicians to edit and repair broken genes with pinpoint precision.

Sonia Vallabh expects 20 years of good health before the symptoms of her disease appear. So she has time. But she also has timing: she was diagnosed at a time of accelerating progress against some of the worst diseases known to medicine. Sonia decided to put aside her Harvard law degree to pursue a PhD in biology. She wants to join the ranks of the gene doctors in a search for her own cure.

“The film explores scientific breakthroughs that are transforming the lives of people with rare genetic conditions. The drugs being developed are not treating the symptoms of a disease, but are changing the course of the disease.”

“The film…focuses on the efforts of researchers across the country who are working to address conditions such as Leber’s, cystic fibrosis and muscular dystrophy and follows the journeys of families living with genetic illnesses.

This month, PBS is airing a documentary called The Gene Doctors that spotlights several emerging gene therapies, including Spark Therapeutics’ Luxturna, a treatment for a rare form of blindness...

PBS and HHMI Tangled Bank Studios Announces THE GENE DOCTORS: The Dawn of a New Era in Medicine

ARLINGTON, VA (August 22, 2017) — Every year more than one million babies are born worldwide with a disease caused by a single error in one of our many genes. These errors, or mutations, can cause genetic illnesses that are often severe and can rob people of sight, breath, movement and life. Now, for the first time, doctors can take aim at the root causes of these diseases. THE GENE DOCTORS, available to stream on Monday, October 2, 2017, on PBS.org and for broadcast on local PBS stations, takes viewers to the front lines of this medical revolution, unfolding in real time.