Race For The Vaccine 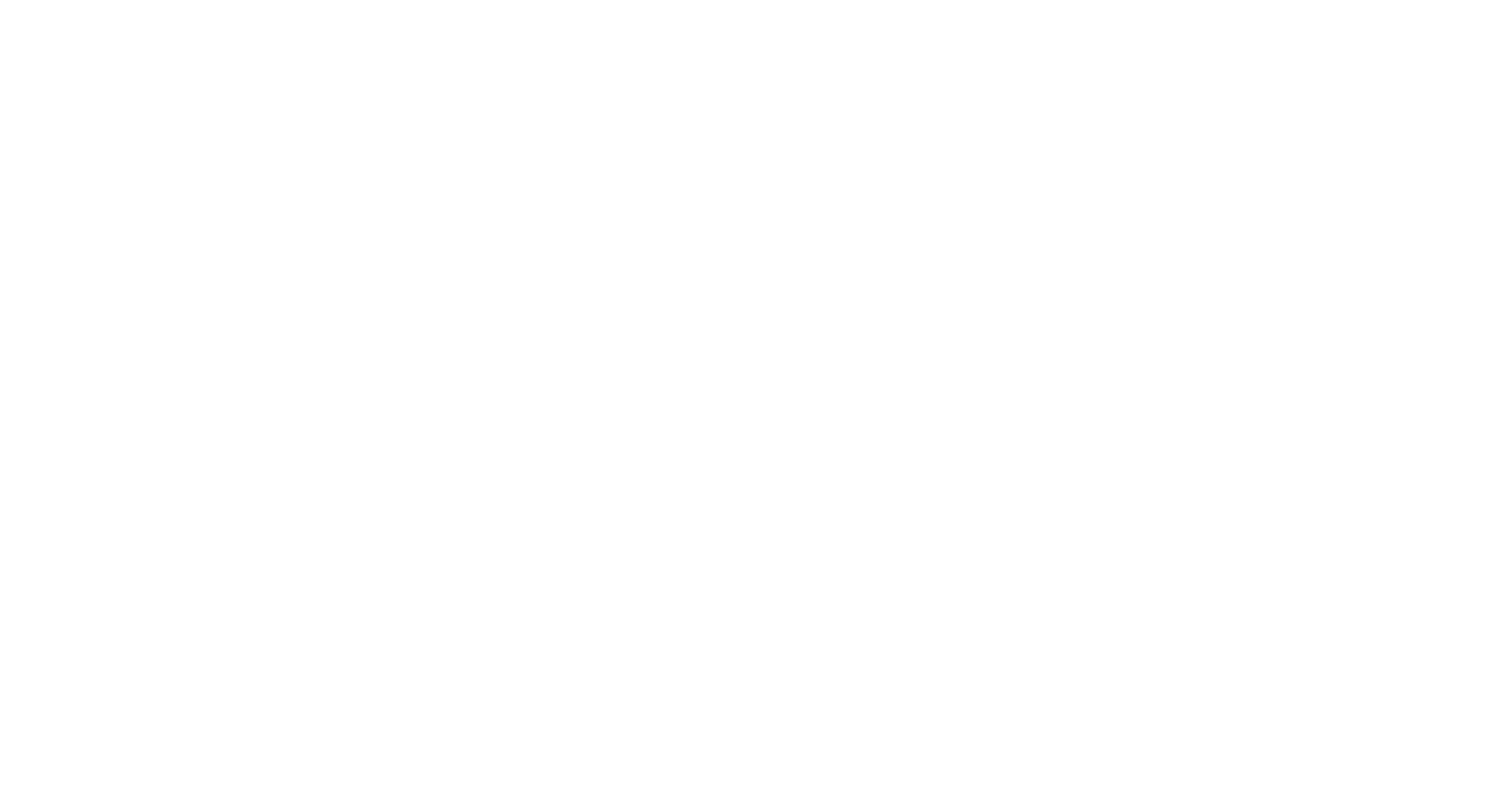 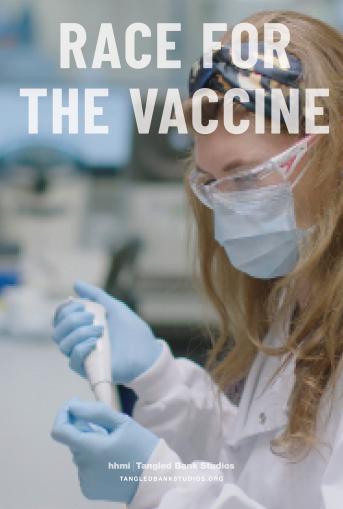 As news of the coronavirus broke around the globe, a small group of scientists jumped into action to tackle one of the greatest medical challenges of our time: to create a vaccine against a virus no one had ever seen before, and to do so in record time, during a deadly, global pandemic. Directed and produced by filmmaker and former virologist Catherine Gale and co-directed by medical journalist and independent filmmaker Caleb Hellerman, RACE FOR THE VACCINE, tells the story of how they did just that, developing vaccines candidates in days and weeks instead of years, and putting them through the rigorous testing required to prove that they were safe, and that they worked. The filmmakers embedded with several of these vaccine teams throughout the process, following them through the triumphs and setbacks of their unprecedented undertaking. From the design challenges of the drugs to the pitfalls of recruitment; from the pressure of politics to the glorious victories and stunning defeats, the film offers an inside look into this extraordinary scientific undertaking for the ages. Viewers will have a sense of the personal sacrifices these heroes made for the public good – as well as those of the clinical trial volunteers, who literally put their bodies on the line for the benefit of humanity. The film, narrated by CNN chief medical correspondent Sanjay Gupta, MD, is produced by Wingspan Productions and Global Health Reporting Center in association with HHMI Tangled Bank Studios, and supported by the Chan Zuckerberg Initiative.

“It is 81 years since Winston Churchill said: ‘Never in the field of human conflict was so much owed by so many to so few.’ Having watched the BBC’s 90-minute Horizon Special it feels appropriate to invoke those words again. If you weren’t moved by the human endeavour on display here, the brilliance, yet, unfailingly, the modesty, you must have a brick for a heart. Or be an anti-vaxxer.”

“Being the Horizon strand, there was a lot of science in this 90-minute programme, by way of diagrams and a voice-over which tried to give us the information as simply as possible. There was talk of sequencing, spikes and viral vectors. But all of it was humanised when the film introduced us to the individual scientists. Moderna, Pfizer, AstraZeneca – all have become household names. The documentary helped to put faces to those names, and reminded us of the phenomenal work that went into creating the vaccines.”

“The wonder of [creating the vaccine], the harnessing of intellectual might, the logistics, the commitment necessary to condense into months what could easily have taken a decade was all powerfully evoked by Horizon’s 90-minute film The Vaccine. Plus it did it all that without getting in the way of the science, the facts or the story itself.”

The World Congress of Science and Factual Producers (WCSFP) announced the nominations for the Buzzies, the group’s awards celebrating the best in science and factual storytelling, on Thursday (Oct. 21). The Buzzies recognize science, history and natural history projects in short- and long-form programs and multi-platform work, as well as for innovation and impact.

The COVID vaccine makers tell all

The Vaccine Race on Arte, the best answer to the fears and infoxes of antivax

A remarkable picture of scientific research, this documentary deciphers the unprecedented deployment of global vaccination.

"Covid-19, the vaccine race", on Arte, explains how laboratories have developed a vaccine so quickly

A very educational documentary follows five teams of researchers, in their laboratories but also at home, in China, the United States, Europe and Australia, for fifteen months.

The week in TV: Together; GB News; Horizon Special: The Vaccine; We Are Lady Parts

This painstakingly thorough 90-minute documentary started following scientists across continents when they first began working on finding a coronavirus vaccine.

In time to come there will inevitably be movies and other dramas about these Covid times, but this was the real deal and all the more engrossing for it.

Horizon Special: The Vaccine review — the handful of heroes who saved us from Covid

If you weren’t moved by the human endeavour on display here, the brilliance, yet, unfailingly, the modesty, you must have a brick for a heart. Or be an anti-vaxxer.

Putting a face to the 'nerds' behind the vaccine

There was talk of sequencing, spikes and viral vectors. But all of it was humanised when the film introduced us to the individual scientists.

What’s on TV tonight: Horizon goes behind the scenes of the race to create a Covid-19 vaccine

This is the extraordinary inside story of the unprecedented quest to develop vaccines to fight Covid-19...

Horizon Special: The Vaccine review – meet the superheroes who saved the planet

This masterful, mind-boggling film gets up close with the scientists who huddled over computers in their PJs to save millions of lives. The wonder of it!

BBC and CNN Team Up On 'Race for the Vaccine'

Race for the Vaccine features a number of poignant human moments.

The documentary, "Race for the Vaccine,” debuts Saturday at 9 p.m. Eastern on CNN. The network had access to teams of scientists around the world who were trying to develop the vaccine, including George Gao of the Chinese Center for Disease Control and Prevention.

RACE FOR THE VACCINE TO PREMIERE SATURDAY, MAY 15

RACE FOR THE VACCINE will premiere for television Saturday, May 15 at 9:00pm Eastern (6:00pm Pacific) on CNN.  The film, narrated and produced by CNN’s Chief Medical Correspondent, Dr. Sanjay Gupta, is directed by filmmaker and former virologist Catherine Gale and co-directed by medical journalist and filmmaker Caleb Hellerman.  Race for the Vaccine traces the world-changing discoveries of the life-saving vaccines against Covid-19.

CNN Sets Premiere Date for ‘Race for the Vaccines’ Documentary

CNN has set a May 15 debut for Race for the Vaccine, a documentary narrated and produced by chief medical correspondent Dr. Sanjay Gupta about global scientists scrambling to develop and manufacture vaccines to battle the coronavirus pandemic.

BBC Two and CNN Films have partnered to commission hour-long documentary special “Vaccine: The Inside Story,” to be produced and directed by award-winning British filmmaker and former virologist Catherine Gale.

The film, which will be known as Race For The Vaccine in the US and has the working title of Vaccine: The Inside Story in the UK is being produced by Wingspan Productions and Global Health Reporting Center, in association with the Howard Hughes Medical Institute’s Tangled Bank Studios, and set to debut in spring next year.

...since establishing Tangled Bank Studios in 2012, and executive producing such acclaimed films as the Emmy winning The Serengeti Rules and Oliver Sacks: His Own Life, [Sean B. Carroll] has made a point of tackling the big subjects such as climate change, vaccines and mass extinction with an aim to inspire and educate rather than elicit fear and hopelessness.

The global race for a vaccine against the COVID-19 virus has hatched a feature documentary from CNN Films and the BBC.

CNN Films and BBC will take viewers inside the efforts of researchers around the world trying to develop and manufacture vaccines to fight the global coronavirus pandemic, in a documentary feature slated to air on CNN and BBC Two in the spring of 2021.

Chevy Chase, MD (December 10, 2020)- Documentary produced by Wingspan Productions and Global Health Reporting Center, in association with the Howard Hughes Medical Institute’s Tangled Bank Studios, tells the inside story of the biggest scientific challenge of our age – how a small, international group of vaccine scientists took on COVID-19.